One of the most frustrating things to anyone is the failure of the vehicle to start upon igniting. The solution might be simply to call a tow truck for assistance, but the problem could come with other consequences. It exposes you to dangerous situations if this happens in a secluded place or at night. It might also happen right in your parking meaning that you will be late for whatever you were rushing to do. Understanding what causes vehicles not to start is an important mechanical tip. It helps in diagnosing and probably fixing some minor mechanical faults. It also makes sure the mechanics don’t take advantage of the situation to exploit you.

Start with the key 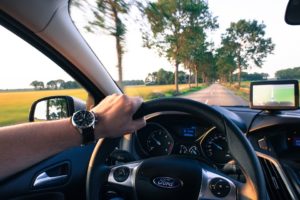 The very basic bit of starting a car is the key. Using the wrong key for the car will definitely not start it. If the key is not correctly inserting into the ignition system, then that could be the reason it can’t start. In cases where the car uses the smart key system, failure of the smart key will mean the car won’t start. Failure could result from electromagnetic damage, physical damage or when the battery runs out. Most recent car models come with a radio transponder. The car won’t start if there is a mismatch of codes.

Once you have done the troubleshooting on the key and fobs, the next thing is the car ignition system. One major sign is the cracking of the engine upon igniting, but the vehicle does not start. This symbolizes a problem with the ignition system which includes ignition coil, spark plugs, distributor cap, and ignition wires. A fault in any of these parts, either damage or loose connection, will mean that the car won’t start.

A car battery powers all the electrical components of the car. These include the starter motor which initiates the engine operation and the solenoid. A dead battery will result in no response when the key is turned. Replacing the battery could be the only thing needed to get the car started. In most cases, you probably will not be having a spare battery to replace immediately. Using another powered battery such as from a friend’s car or tow truck and jumper cables will jumpstart the dead battery. Don’t get comfortable when the car starts but remember to replace the battery as soon as you can. Loose connections on the battery terminals, could also result in a similar situation.

Other reasons as to why your car is not starting might include fuel pump, fuel injection system or even carburetor. Flooded splutters in the carburetor can also stop the engine from starting. You could also be out of fuel. It is important to have all these factors in mind so that you can eliminate one after the other until the actual reason is diagnosed.

Are you interested to read more on this top, check this link to find further information about how to fix a car.